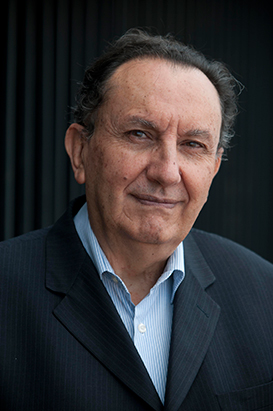 Born in La Paz, Bolivia, Xavier obtained an M.Sc degree in Engineering Geology from the University Of San Andres in 1968, a Diploma in Mining and Exploration from the Montanistische Hochschule in Austria, a Graduate Diploma in Engineering from Wits’ Leadership in Coal Technology Programme and an M. Engineering degree from Wits in 2002.

Xavier has been involved in coal since 1977 and established the Geological Survey’s National Coal Database (NCDB) which he managed from 1979 until 1989. After a brief spell at General Mining (Genmin) as IT Exploration Manager, Xavier joined the Minerals Bureau - Department of Minerals and Energy in 1995, as Chief Mineral Economist for Coal and Hydrocarbons. In 2007, he was employed as Coal Senior Analyst at Wood Mackenzie, a global energy company involved in coal consulting and research in Southern Africa. Since 2009 Xavier has been consulting privately through his company, XMP Consulting.

During recent years, he has actively promoted South Africa’s coal mining industry as part of government and industry decision-making groups. He lectures at the Universities of Johannesburg and the Witwatersrand as well as to several companies on various aspects of the local coal industry, including coal reserves, economics, quality, marketing and clean coal technologies. Xavier possesses extensive experience in South Africa’s coal reserves and resources. His main tasks comprise the optimisation of coal utilisation and marketing, the overview of economic empowerment in coal mining, evaluation of coal reserves, implementation of clean coal technologies and problems related to the environmental impact of the use of fossil fuels.

He has been awarded the Fossil Fuel Foundation’s Coal Annual Prestige Award for 2008.